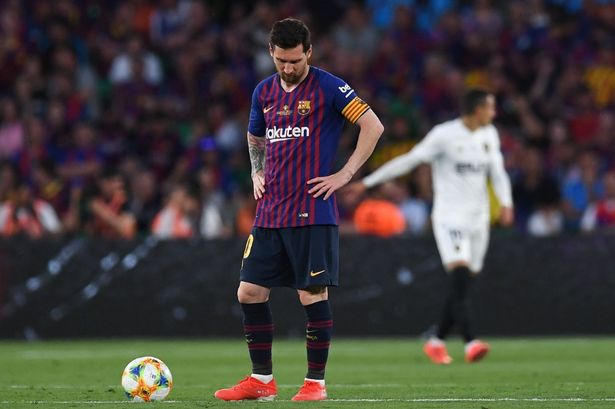 Barcelona suffered yet another set back after Champions League blunder as they were defeated by Valencia in Copa del Rey to deny them second domestic trophy of the season. With the loss, Barcelona’s dominance in the trophy came to an end. They were the champions in last four seasons.

Two early goals by Kevin Gameiro and Rodrigo Moreno were enough for Valencia to seal their victory over La Liga champions. With those goals, Valencia take control of the match played at Benito Villamarin stadium.

30 times cup winners Barcelona merely made significant moves without injured Luis Suarez and Ousmane Dembele. Leo Messi pulled one back for the Catalans in the second half but it was too late.

This is the first major trophy for Valencia after 2008.

Barcelona came into the match after the semi-final defeat in Champions League against Liverpool. Liverpool had defeated Barcelona 4-0 at Anfield to overcome the 3-0 Barcelona’s win at Camp Nou. Similarly, Valencia also lost its Europa League Semi-final to Arsenal.