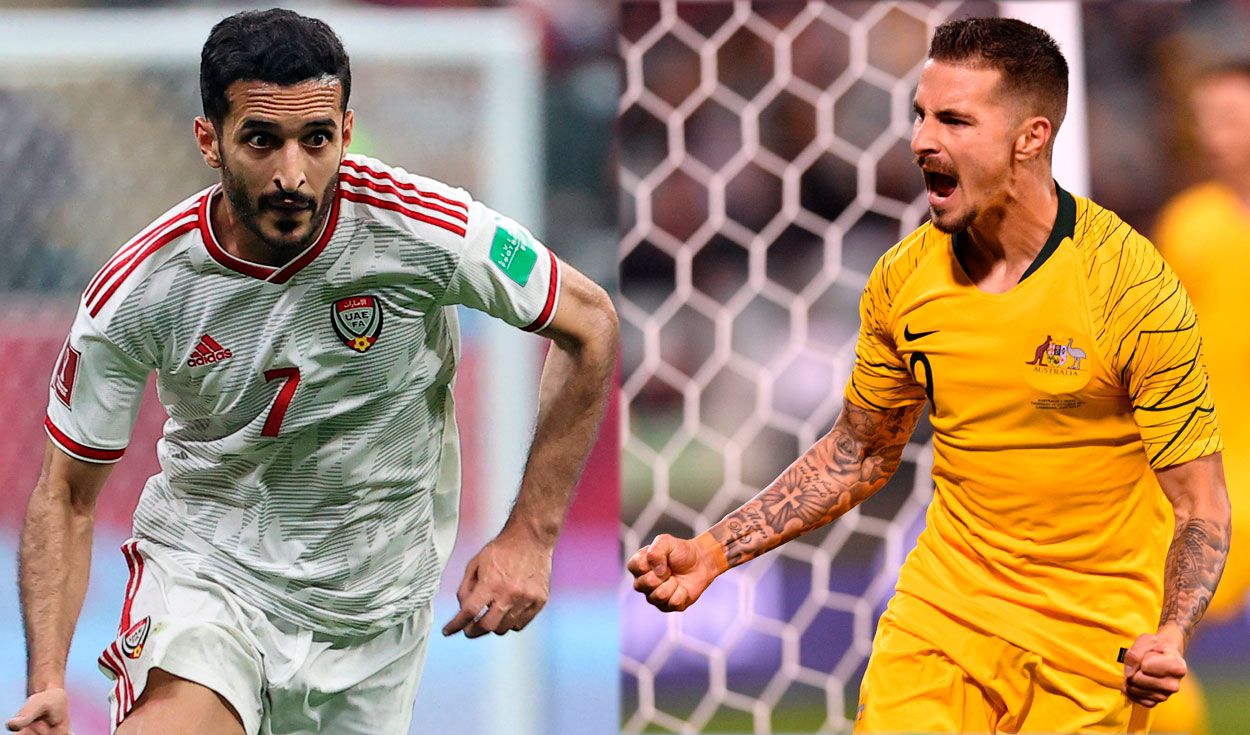 United Arab Emirates and Australia see off each other in a 2022 FIFA World Cup play-off with the winner taking on Peru in  inter-confederation playoff.

The match between UAE and Australia will be played at Al Rayyan Stadium, Doha with kick-off set at  7pm UK.

Both, UAE and Australia finished third in their respective group during the final round of FIFA World Cup Qualifiers in Asian Region.

Australia were pre-tournament favorites to qualify for the World Cup finals and had made good start grabbing all 9 points in opening 3 matches. However, suprisingly the Socceroos failed to win any of their last three matches which left them at third position and out of automatic qualification zone.

Saudi Arabia and Japan sealed their place in Qatar from Group B leaving Australia in the tird place.

On the other hand, UAE didn’t make a good start in the the final round of the FIFA World Cup Qualifiers. They managed to gather just three points from the first 5 matches which left them out of the automatic qualifying spot. However, with back-to-back wins against Lebanon and Syria, UAE were able to finish inside the top 3 in Group A which contains teams like Iran, Iraq and South Korea.

Australia will come up after a 2-1 win over Jordan in Friendly match whereas UAE played 1-1 draw against Gambia last week.

The viewers in Australia can watch the match between United Arab Emirates vs Australia on Wednesday June 8, live from 3.30am AEST on 10 and 10 play on demand.

It is Live and free in Australia.

Australia vs UAE will not be available live on any TV Channels in UK television.

This game between UAE and Australia will be broadcast in the United States on Paramount + (free trial).

Unfortunately there won’t be any live streaming of match between UAE and Australia in any TV Channels in South Asian regions.

United Arab Emirates’ all time top scorer Ali Mabkhout will be the centre of attacking line for UAE who has 80 international goals in 104 caps.

The don’t have much to worry about the injuries as most of their players are fit for the crucial match against Australia. Goalkeeper Eisa Khalid could be preferred ahead 69-capped Ali Khasif.

For the Australian side, in the absence of Tom Rogic, Aaron Mooy and Kenny Dougall should operate in midfield, with Middlesbrough’s Riley McGree playing slightly further forward, while Bailey Wright could again partner Kye Rowles, who earned an international debut last time out, at the heart of the back line.