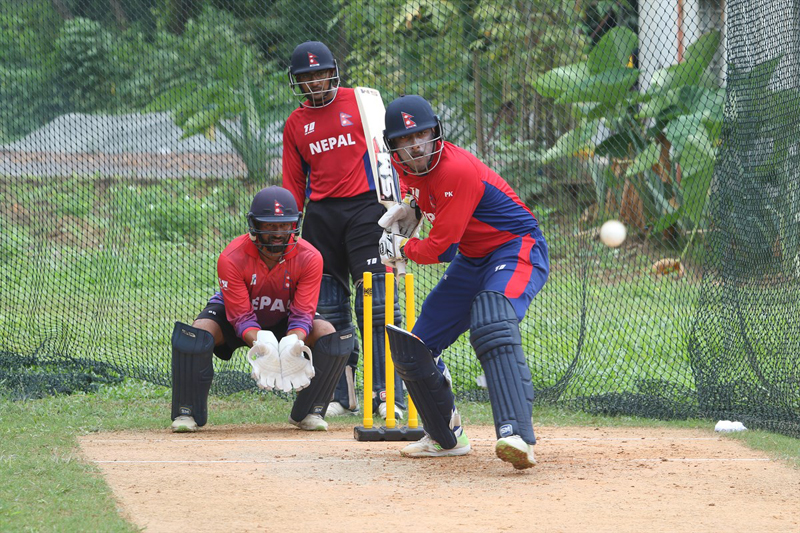 Nepal Cricket team have completed their final training for the upcoming T20 World Cup qualifiers in Singapore. The Nepali team will now travel to Singapore from Malaysia on 20th July. The qualifier is starting from 22nd July and Nepal will play their first match against Qatar the day after.

The skipper Paras Khadka assured that the team will give their best in the qualifiers and also added that every member in the team hold the same dream of representing Nepal in the T20 World Cup in Australia.

In the second round, Nepal is the strongest team among the five teams. The other teams are Qatar, Kuwait, Malaysia and host Singapore. However, there will be more pressure on the Nepali team as they are the favourites. A single match’s result can change the fate of any team. Therefore, Khadka and co won’t make that mistake of taking any team lightly.

The winner among the five nations will advance to the final round of the qualification campaign i.e. Global Qualifiers. It will be held in United Arab Emiates. There will be total of 14 teams in the Global Qualifier. The top 6 teams will book their ticket for Australia. Global qualifiers will have the opponents like Zimbawbe, Netherlands, Scotland and other.

Newly appointed Nepal’s head coach Umesh Patwal had made a strong decision of sending Paras Khadka as opener which looks promishing. Khadka played as an opener in the recent T20 Bilateral series against Malaysia. Nepal won both matches with the first match-winning quite comfortably by 7 wickets. However, the second match was a cracker as Nepal registered a 6 runs win.

With many young talents like Sandeep Lamichhane, Pawan Sarraf, Abhinash Bohara and more along with experienced players, the Nepali squad will be in course for an easy journey in the second round of the qualification.