Nepal vs Kuwait to be played in Bhutan, not in Dashrath Stadium 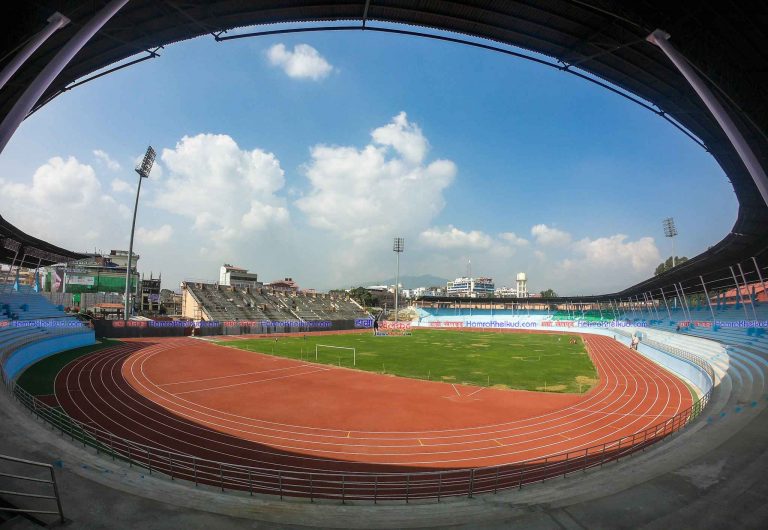 The Asian Football Confederation (AFC) has finally spoke about the Nepal-Kuwait match venue. They have rejected Nepal’s proposal of hosting the match at Dashrath Stadium.

The AFC officials were not satisfied with the ground conditions. 2 days after the inspection, the AFC confirmed that the match can’t be played at Dashrath Stadium. 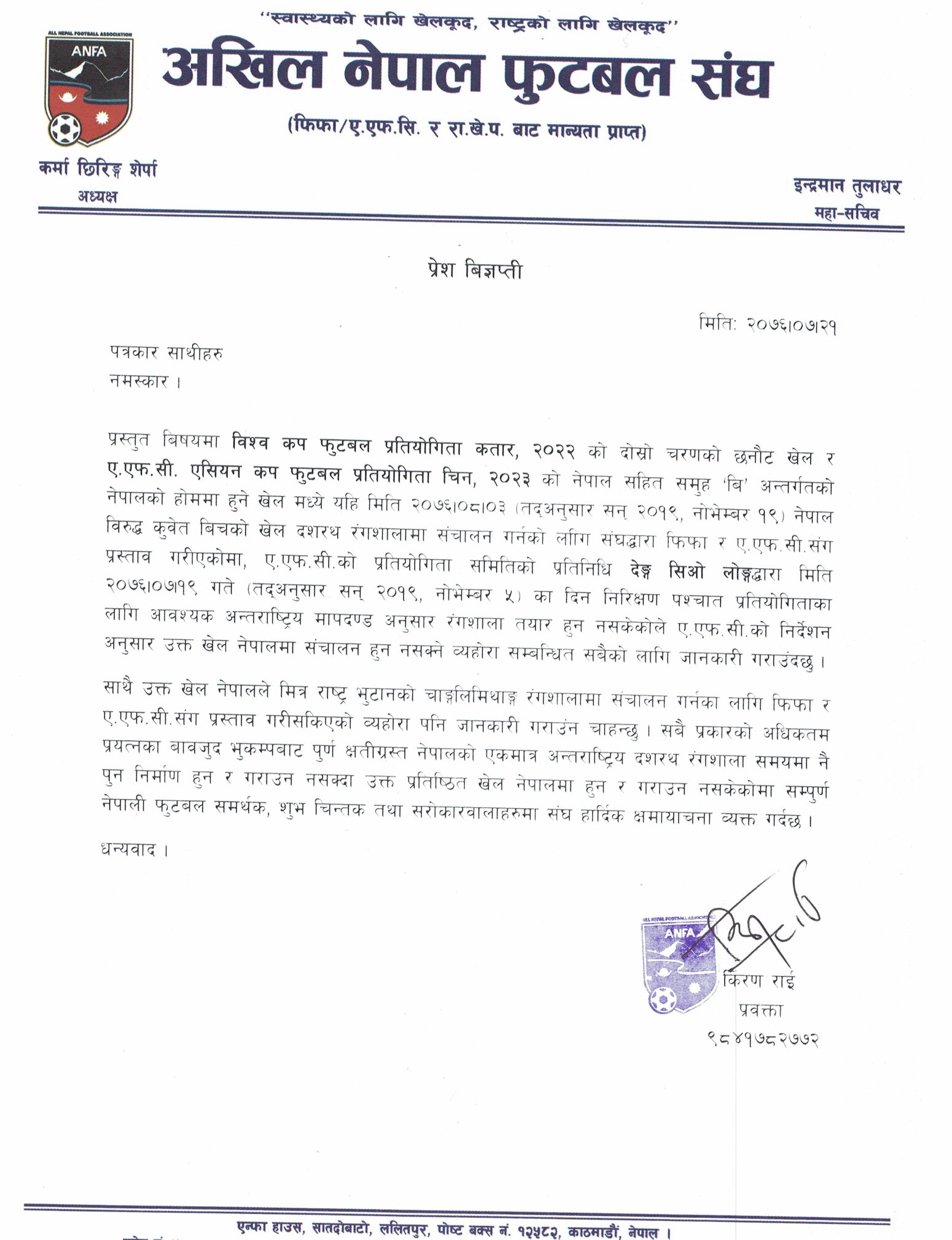 The NSC and ANFA were all confident to host the match in Dashrath Stadium. The seat fixation and roof in VIP side parapets was left. Similarly, the ground condition was also very poor.

Similarly, the Kuwait FA has also submitted proposal to both Nepal and AFC to host the match in a neutral venue.

ANFA’s spokesperson Kiran Rai said they have now proposed AFC to play the match in Thimpu, Bhutan. Bhutan FA said they are ready to host Nepal vs Kuwait match at Changlimithang stadium.

Nepali football fans are all left in great shock after the decision.