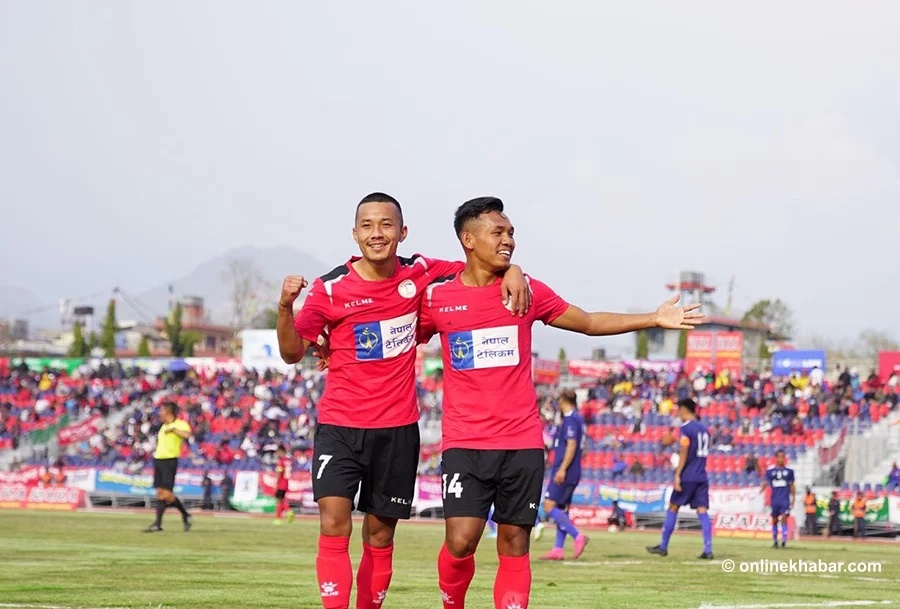 Nepal Police Club advanced to the final of 18th Aaha! Rara Gold Cup in Pokhara after defeating Three Star Club 3-0 in the first semi-final. Nir Kumar Rai scored a brace whereas Bharat Shah scored a goal for the departmental side.

In the match played at beautiful Pokhara Stadium, Nepal Police Club took the lead early in the first half when the Cops’ skipper Bharat Shah scored in the 8th minute. The firs half ended 1-0.

Soon after the start of second half, Police doubled their lead as Nir Kumar Rai scored in 51st minute before wrapping up the match in 72nd minutes to make it 3-0.