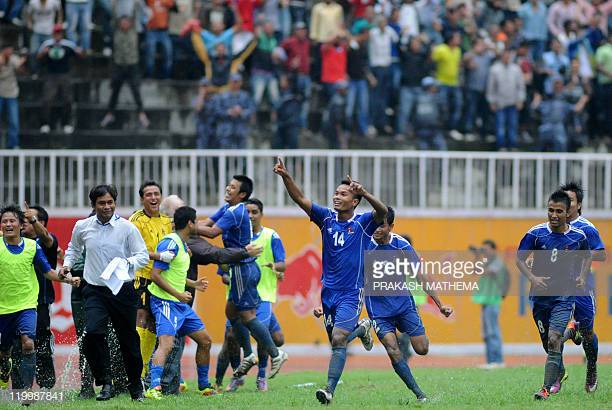 Nepal is taking on Jordan in their last away match of FIFA World Cup 2022 and AFC Asia Cup 2023 qualifiers in Amman International Stadium, Jordan on 15th of October. After this match, home matches of Nepal will begin which is expected to be played at Dashrath Stadium.

Nepal and Jordan had played twice, which was during the second round of FIFA World Cup 2014 qualifiers. However, Nepal had played several times in age groups.

In those two meetings, Nepal lost one and had drawn the other. Nepal was defeated 9-0 at Amman International Stadium (away match). That was quite frustrating for all the Nepali football fans. Nevertheless, in the return leg at Dashrath Stadium, Nepal managed to hold the same side 1-1 draw.

Bharat Khawas had scored the famous goal against mighty Jordan at Dashrath Stadium. This time, Khawas is not in the team due to lack of match fitness.