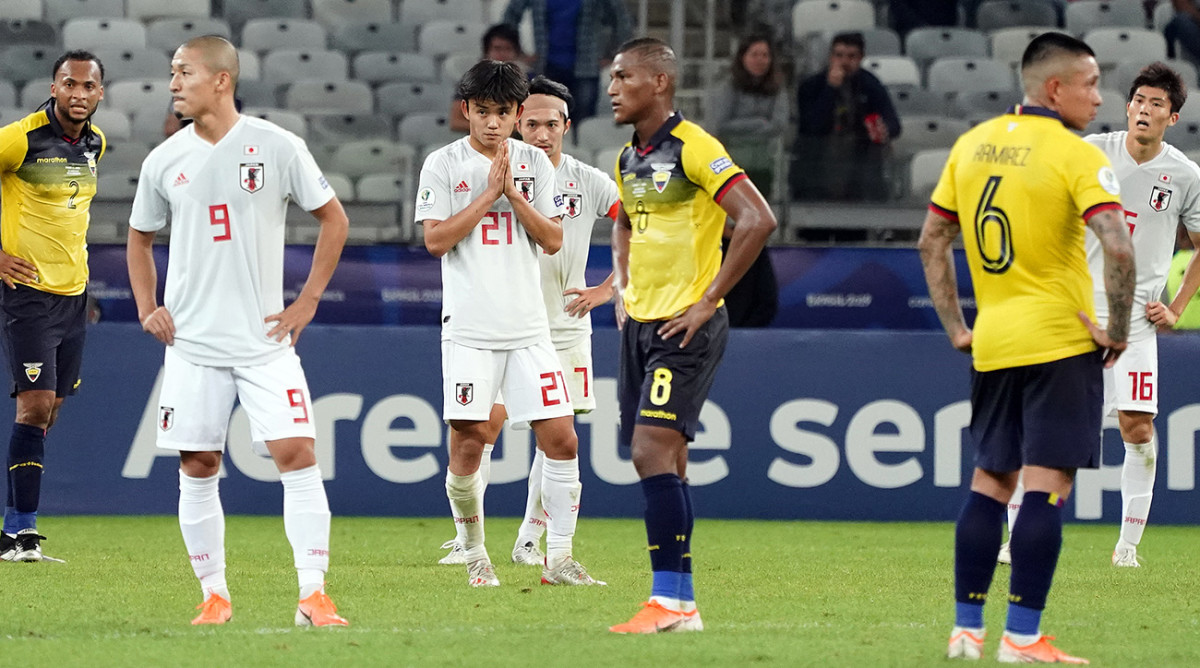 Japan will play their final match against Ecuador ahead of their 2022 FIFA World Cup campaign and the match is important for the final squad selection for the mega event. Similar for the American side, Ecuador as well.

Japan are drawn alongside Germany, Costa Rica and Spain in Group E for the FIFA World Cup 2022.

The match between Japan and Ecuador will be played at Merkur Spiel-Arena in Dusseldorf on Tuesday. The kick off is scheduled for 1.25pm UK.

In USA, the Kirin Challenge Cup 2022 will be live telecast in ESPN2, ESPN+, UniMás, TUDN.

Alan Franco is set to miss the second friendly match as he was forced to subbed off in the first half last week against Saudi Arabia. Jose Cifuentes could replace him in the eleven.

Beside him, there are no any fresh injury concern for Ecuador.

For the Japanese side, they will be without the Takehiro Tomiyasu as he was withdrawn from the squad for Tuesday’s game due to club circumstances.