Nepal U18 team head coach Chet Narayan Shrestha announced the final squad for the upcoming  SAFF U18 Championship which is set to begin from September 20. Nepal is hosting the championship and all the matches will be played at Halchowk Stadium.

The 23-member squad includes 3 goal-keepers, 8 defenders, 7 mid-fielders and 5 forwards. Goalkeeper Rohit Karki and midfielder Dipesh Gurung have been released from the ongoing camp for the championship.

The final squad was announced after finishing the 8-days long training camp in Pokhara.

Nepal will take on Maldives in the opening match on September 8. Nepal are the defending champions of the last two editions. 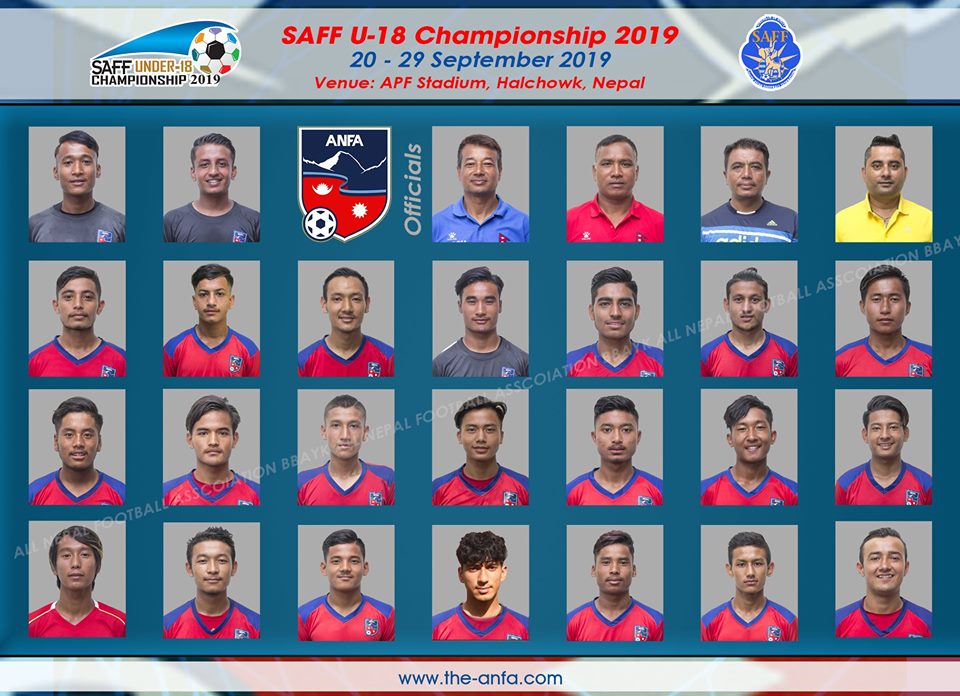