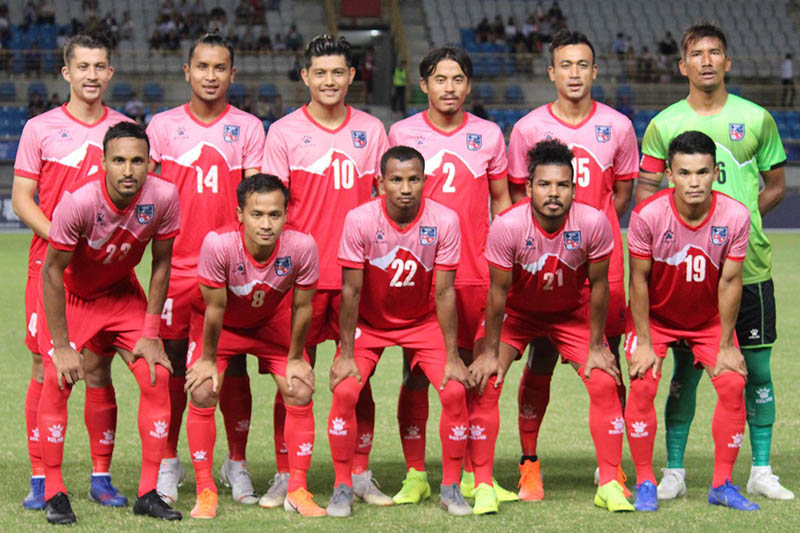 Nepal's national football team pose for a portrait prior to their game against Chinese Taipei on Tuesday, September 10, 2019. Courtesy: Suman Chapagain

The All Nepal Football Association (ANFA) is starting the training of National Football team from August 17 after the Nepal government on Tuesday announced the end of months long lockdown.

However, the lockdown was uplifted from July 21, the government has directed the sporting bodies to resume the sporting activities only from August 17.

Following the government’s decision, the FA has informed the respective clubs to notice their players about the upcoming training camp who will be kept in quarantine for 14 days before joining the training session.

According to the Secretary General Indraman Tuladhar, 14 days quarantine and PCR test of all the players is are compulsory and the FA is preparing for that.

Players called for the Camp: