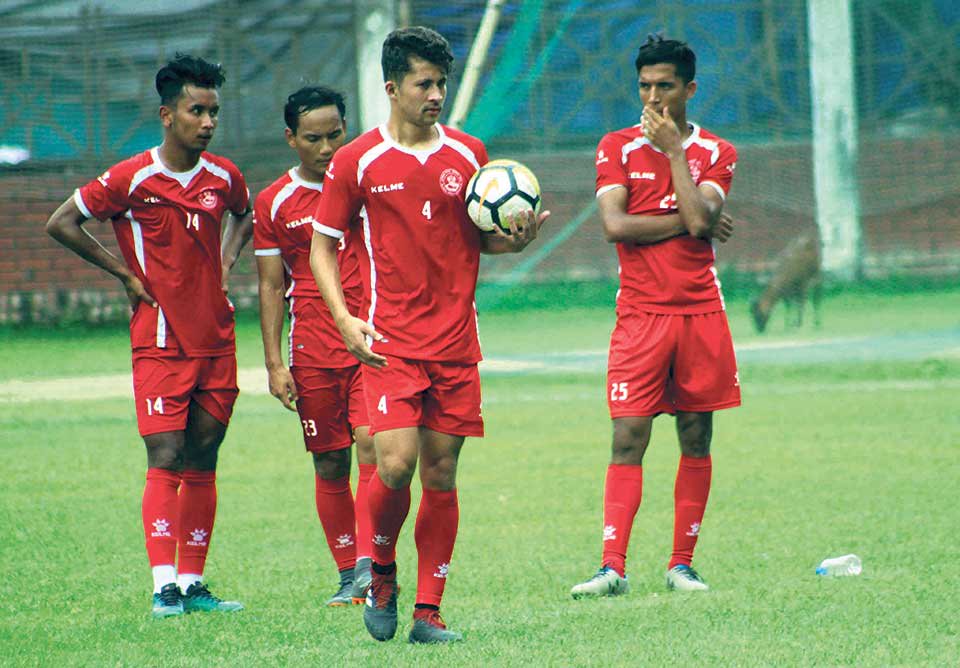 Nepali football team is taking on Kuwait in their fifth match of the FIFA World Cup 2022 and AFC Asian Cup 2023 qualifiers. The match which was expected to be conducted at Dashrath Stadium was later shifted to Changlimithang Stadium Bhutan.

Nepal had lost 7-0 to the same side in the match played at Jaber al-Ahmad International Stadium, Kuwait on September 5. It was the first match for Nepal in the qualification campaign. After that match, Nepal had defeated Chinese Taipei 0-2 in their home. In the next month, Nepal lost heavily against other two away teams, Australia and Jordan. Nepal lost to Australia 5-0 before losing 3-0 to Jordan.

On the other hand, Kuwait lost to Australia 3-0 in their own home and played a goalless draw against Jordan. Kuwait had only played 3 matches and had four points from them. Nepal have only 3 points and are at the fourth in group B. Kuwait are at third position.

In all the matches played, Nepal had conceded 29 goals and had managed to score only a single goal back in 1982.

The match between Nepal and Kuwait will be played in Bhutan. Nepal Television was the official broadcaster of Nepal’s football matches. Therefore, NTV Plus is broadcasting the match live.

The match will kick off at 2:45 pm Nepali time.